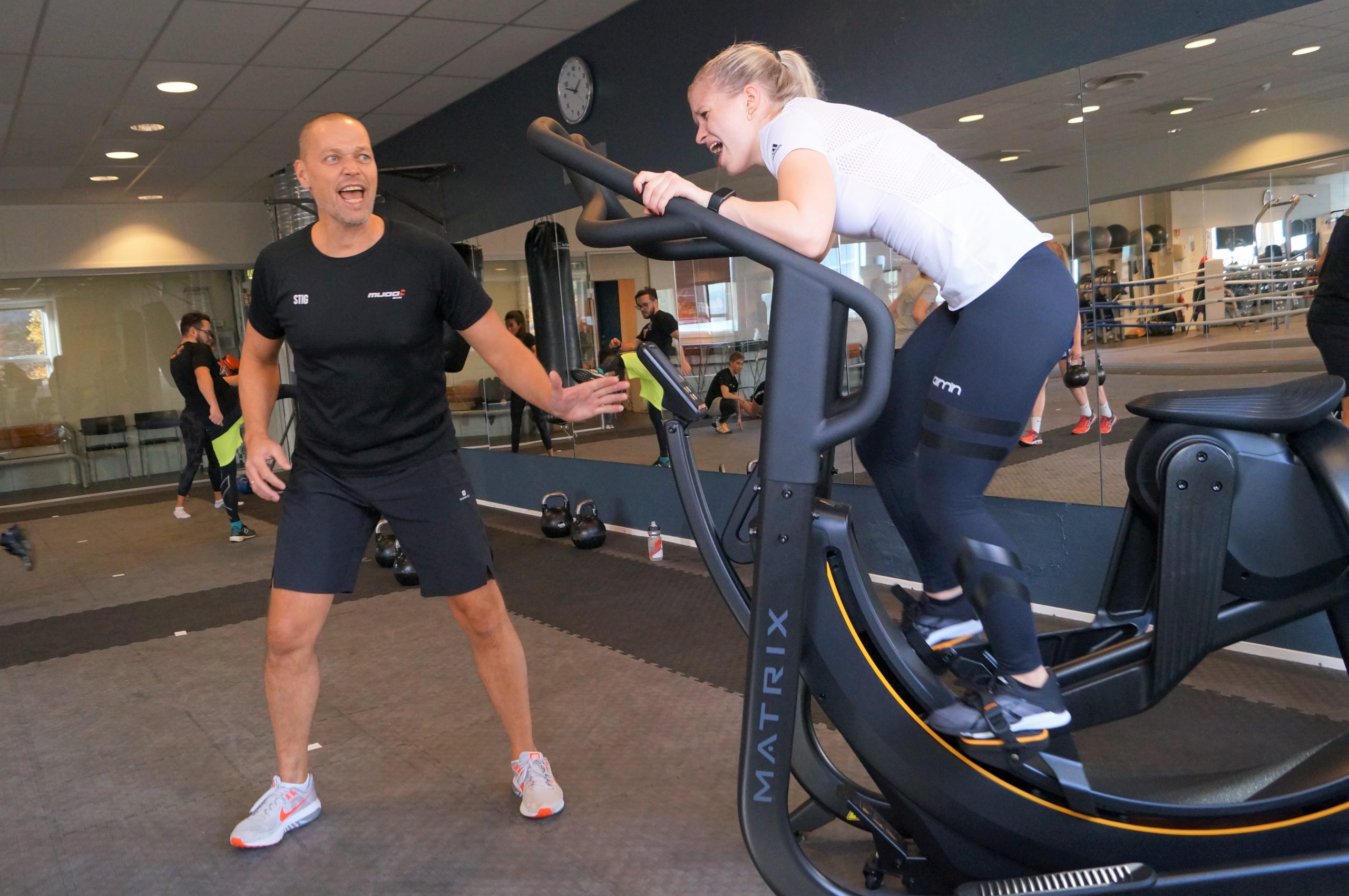 Stig Lyshaug was one of the original founders of the franchise in 1998, when it was just a Taekwondo school. As the owner of MUDO Gym in Moelv, Gjøvik, Lillehammer, Brumunddal (part owner) and most recently Elverum, he owns the most gyms in the MUDO and HITIO chain by far.

With a solid background from martial arts, it probably didn’t come as a surprise to anyone that this would be his fate.

“I started practicing Taekwondo in 1983. I was 15 years old and had grown tired of football. Taekwondo gave me a lot in terms of setting clear and distinct goals, working hard to reach the them and not least to compete.”

Stig describes the journey with MUDO as both fun and educational. He believes the family concept is one of the best things about the chain.

“While the five-year-old trains MUDO Tiger, the parents can train in the gym. We see a clear trend in more people signing up for family memberships. Also, I think our profile through colours, illustrations, equipment and lighting is by far the coolest in the industry today.”

He has always been excited about starting up and running his own business, but how did he end up owning so many?

“I started in Gjøvik and expanded to Lillehammer and the other centres eventually. It has probably come naturally as the years have passed.”

There is no doubt Stig is a visionary. It became extra clear when he chose to renovate MUDO Gym Gjøvik in the middle of the pandemic. The result was superb, something the members eagerly proclaim on social media.

Stig has some good advice for others who dream of becoming a franchisee in the chain:

“Follow your dream! The concept is well-crafted and professional.”

We have a new star on our team

This website uses cookies to improve your experience while you navigate through the website. Out of these cookies, the cookies that are categorized as necessary are stored on your browser as they are as essential for the working of basic functionalities of the website. We also use third-party cookies that help us analyze and understand how you use this website. These cookies will be stored in your browser only with your consent. You also have the option to opt-out of these cookies. But opting out of some of these cookies may have an effect on your browsing experience.
Necessary Always Enabled
Necessary cookies are absolutely essential for the website to function properly. This category only includes cookies that ensures basic functionalities and security features of the website. These cookies do not store any personal information.
Non-necessary
Any cookies that may not be particularly necessary for the website to function and is used specifically to collect user personal data via analytics, ads, other embedded contents are termed as non-necessary cookies. It is mandatory to procure user consent prior to running these cookies on your website.
SAVE & ACCEPT